Igor can generate surface plots from a 2D matrix of values or from scatter data consisting of XYZ triplets.

Plotting a Surface from a 2D Matrix

Igor uses OpenGL based technology to display surfaces. In the examples below we show some of the more common surface plotting options. 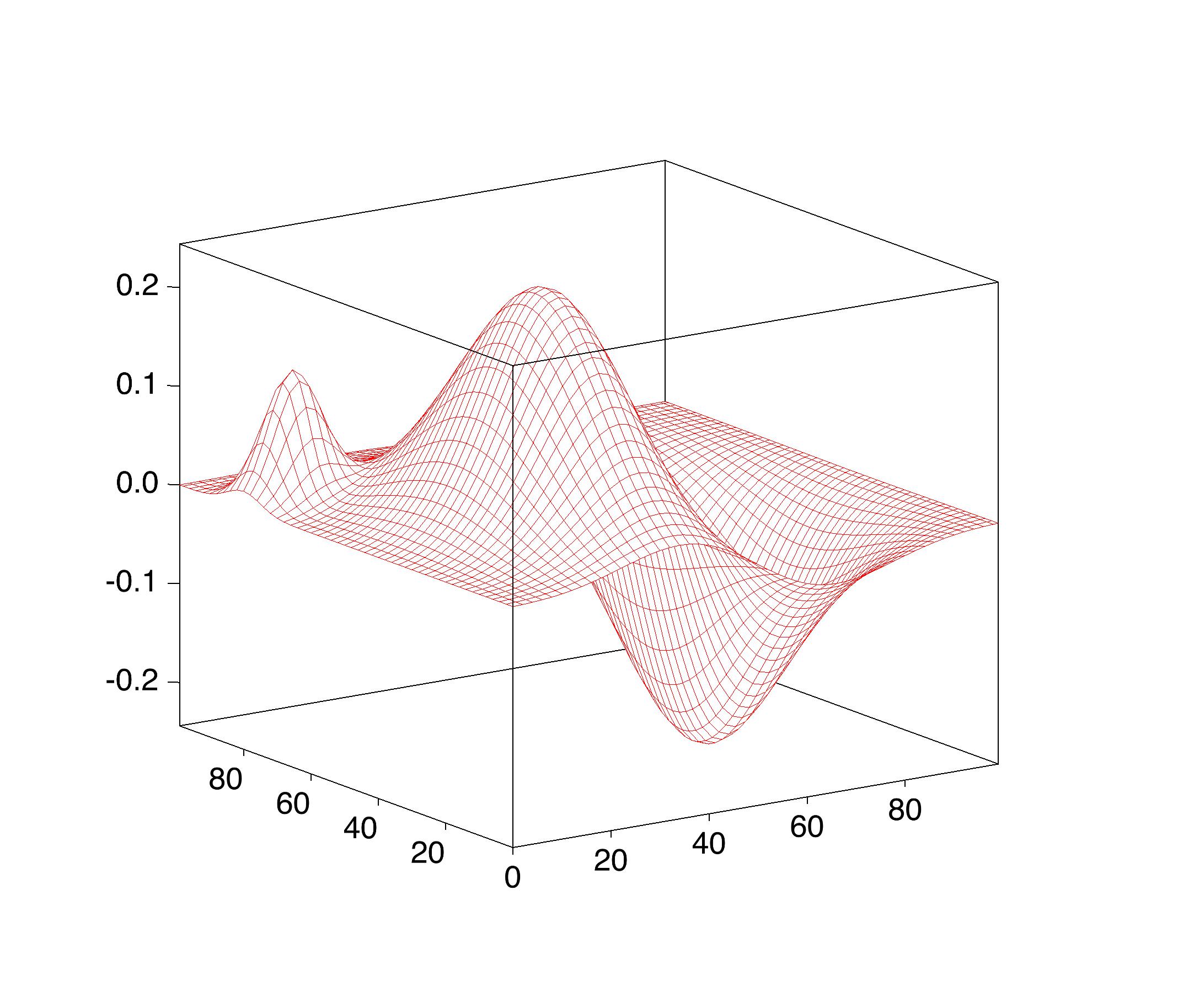 This is the simplest example of a mesh or wireframe surface on a white background. Historically, wireframe plots were popular because they were easier to compute and could be reproduced in black and white publications. 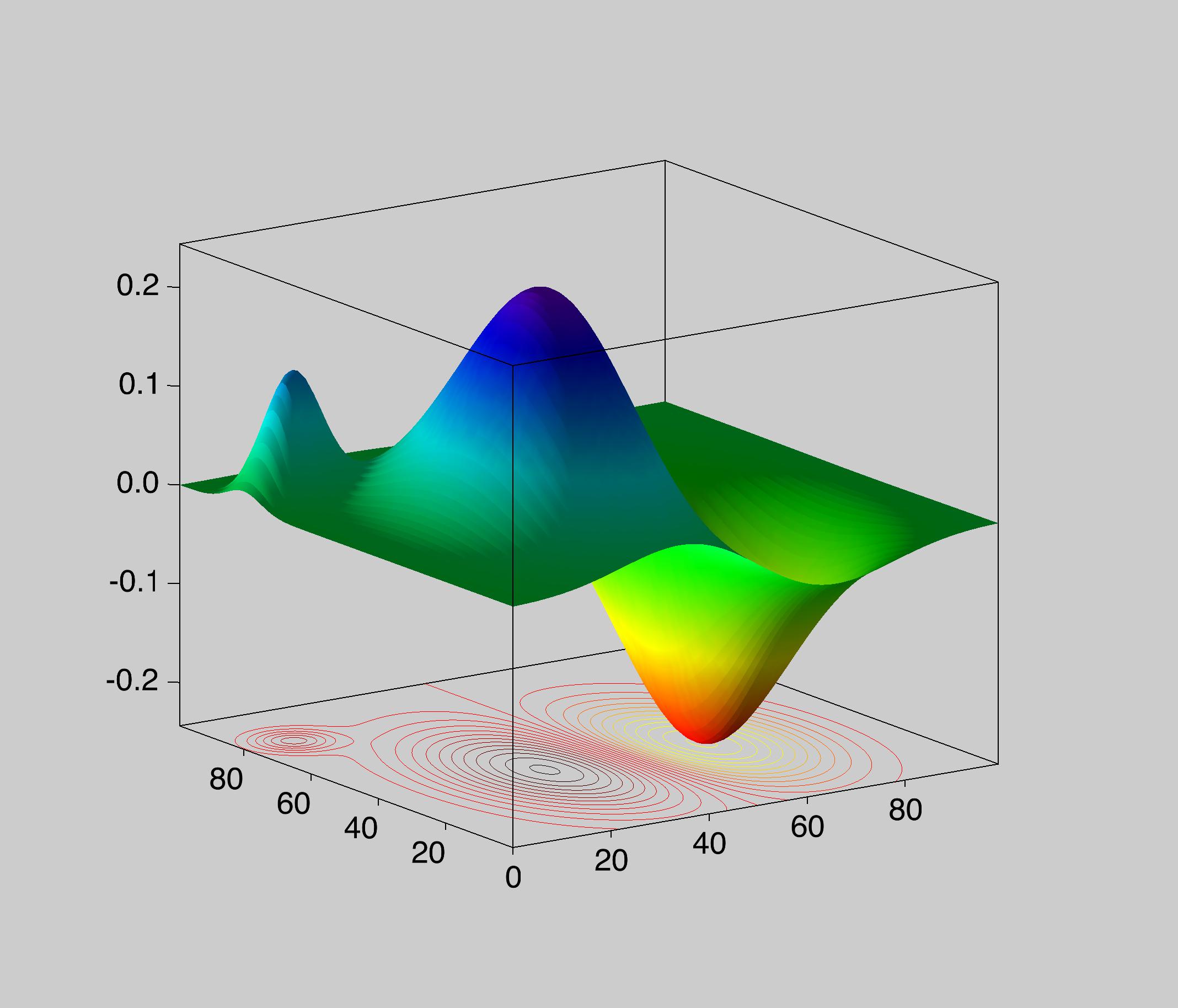 In this example the same data is plotted as a shaded and filled surface. The color of the surface is determined by mapping the Z-value into one of the built-in colortables. A contour map of the data is projected below the surface 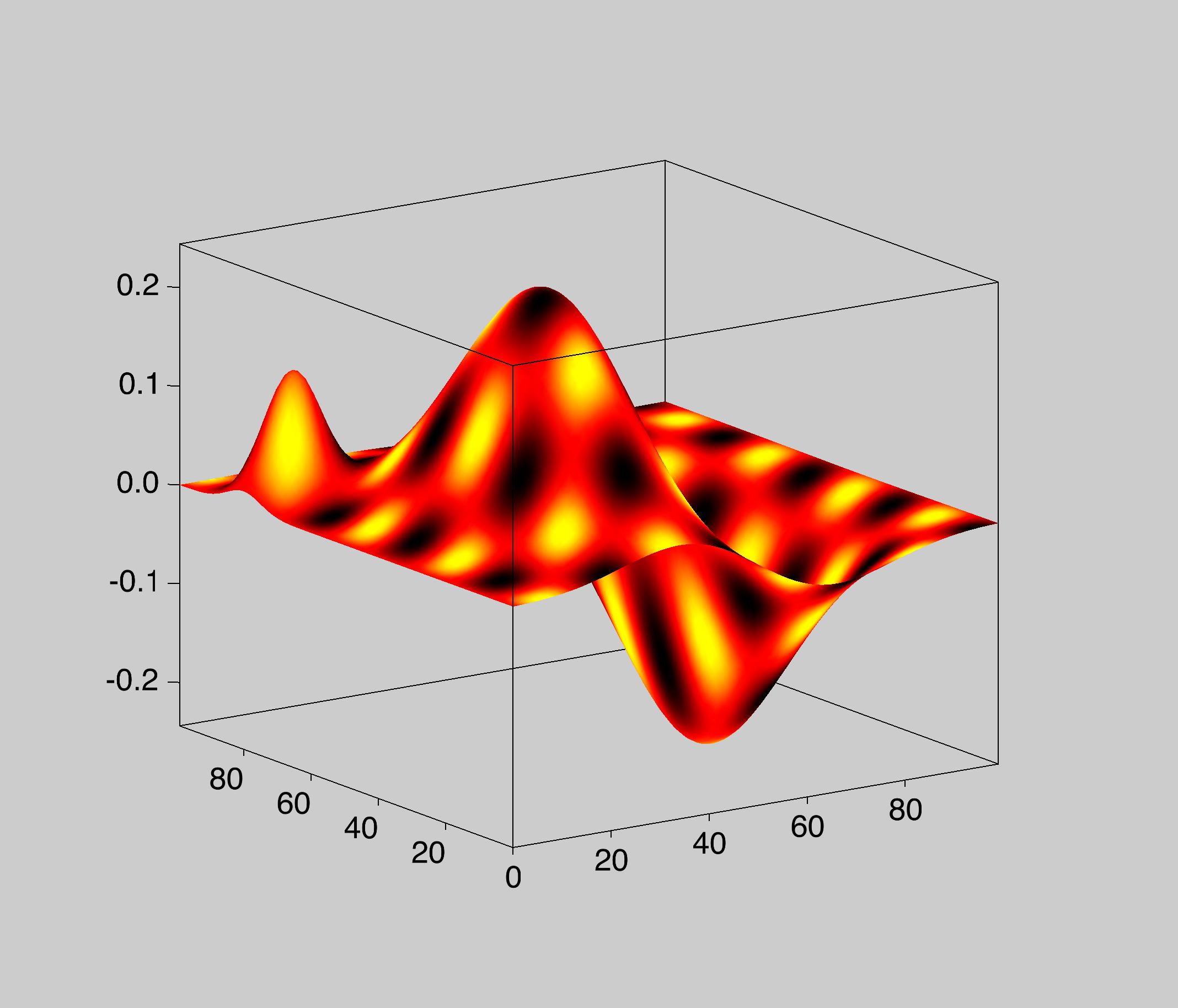 Plotting a Surface from Scatter Data

There are two options for plotting a surface from scatter data:

1. Use interpolation techniques to convert the scatter data into a 2D matrix and then plot it using one of the methods shown above. You can find more on scatter interpolation here. 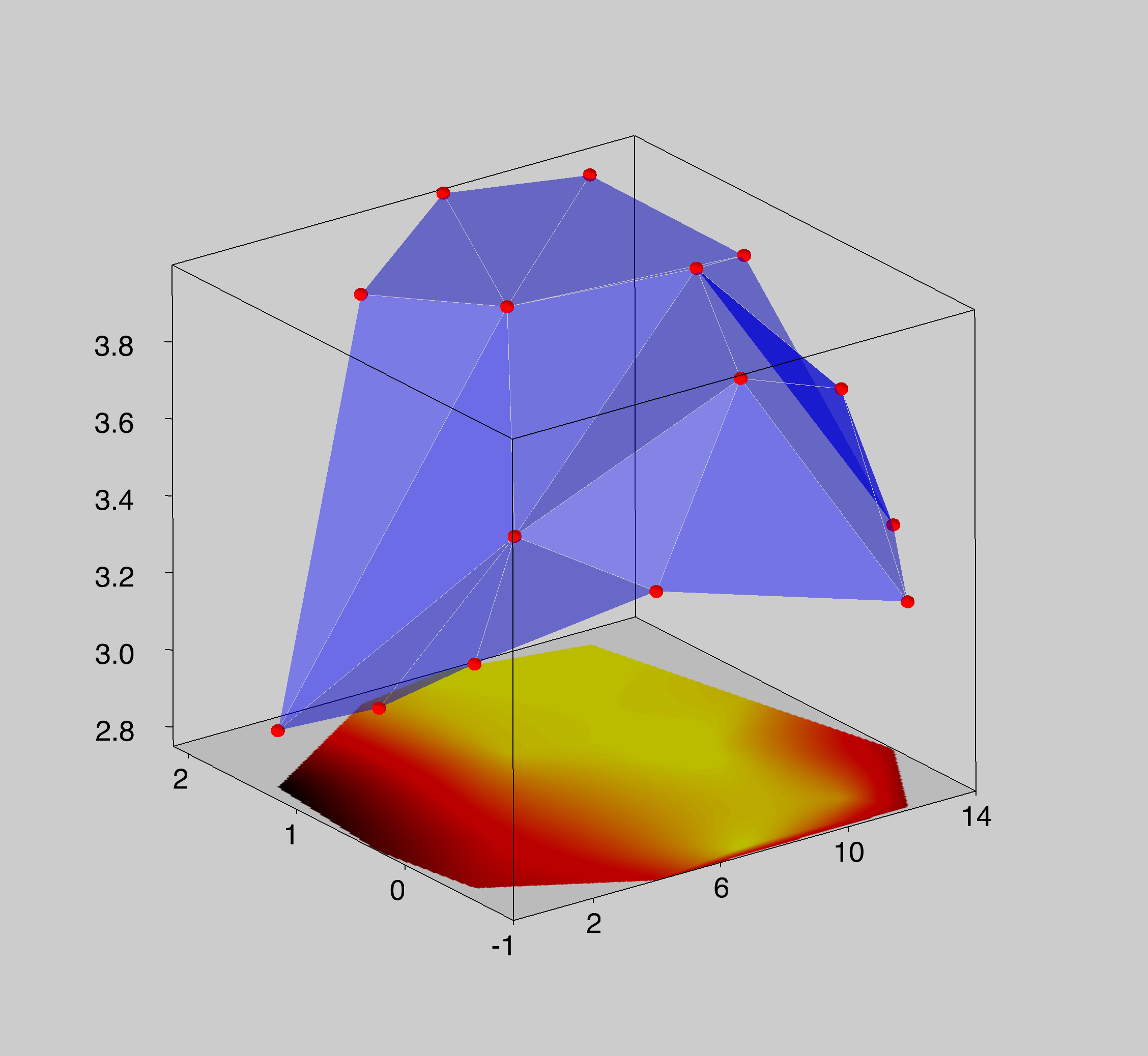 In this example the triangle surface is shown in shades of blue. Below the surface we plotted a false-color image of the same data obtained after interpolating it on a rectangular grid. The blank areas in the corners of the image correspond to portions of the interpolated matrix that are outside the convex domain defined by the data. 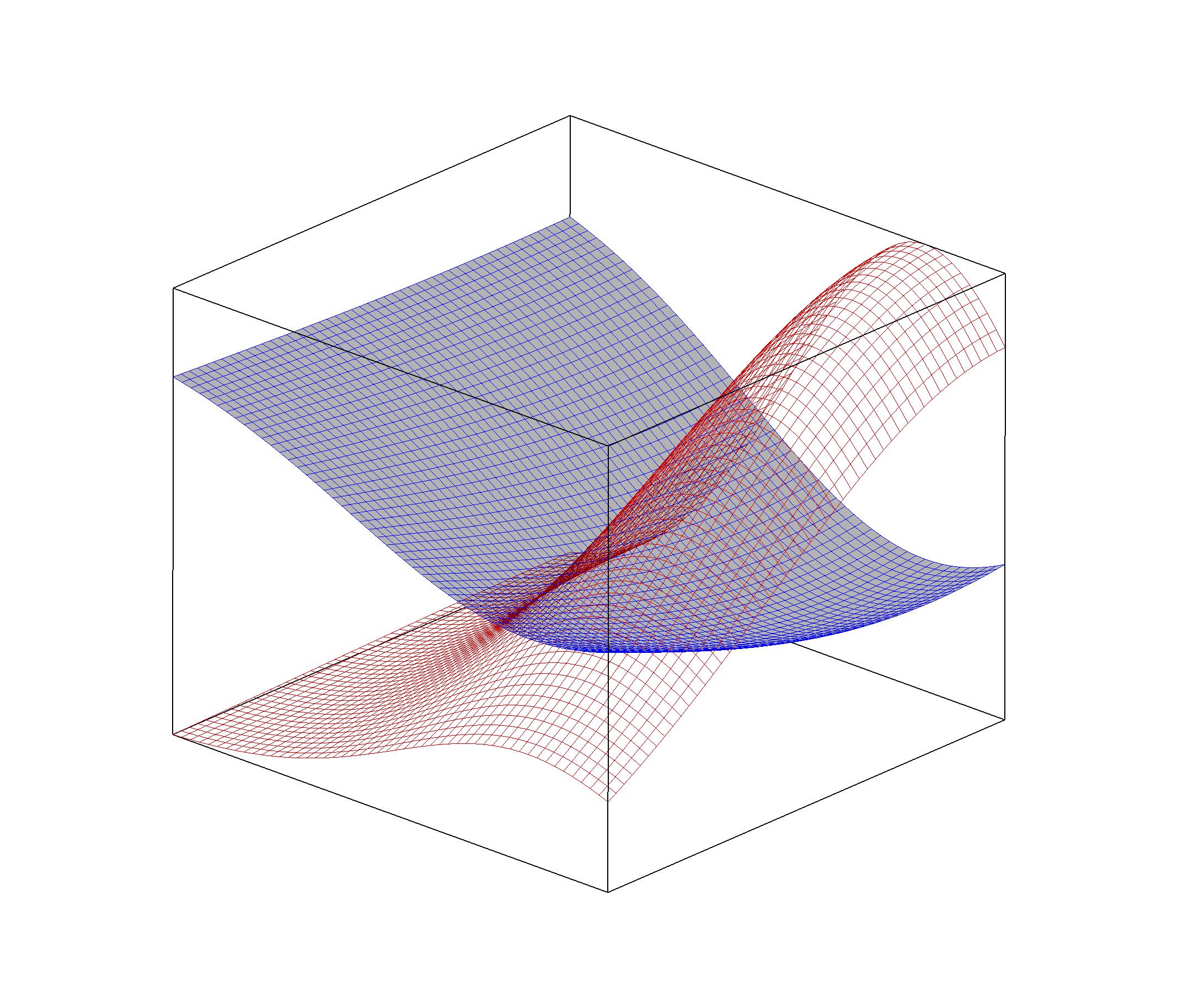 In some situations the intersection of two surfaces corresponds to a particular solution. For example, expressions of the form 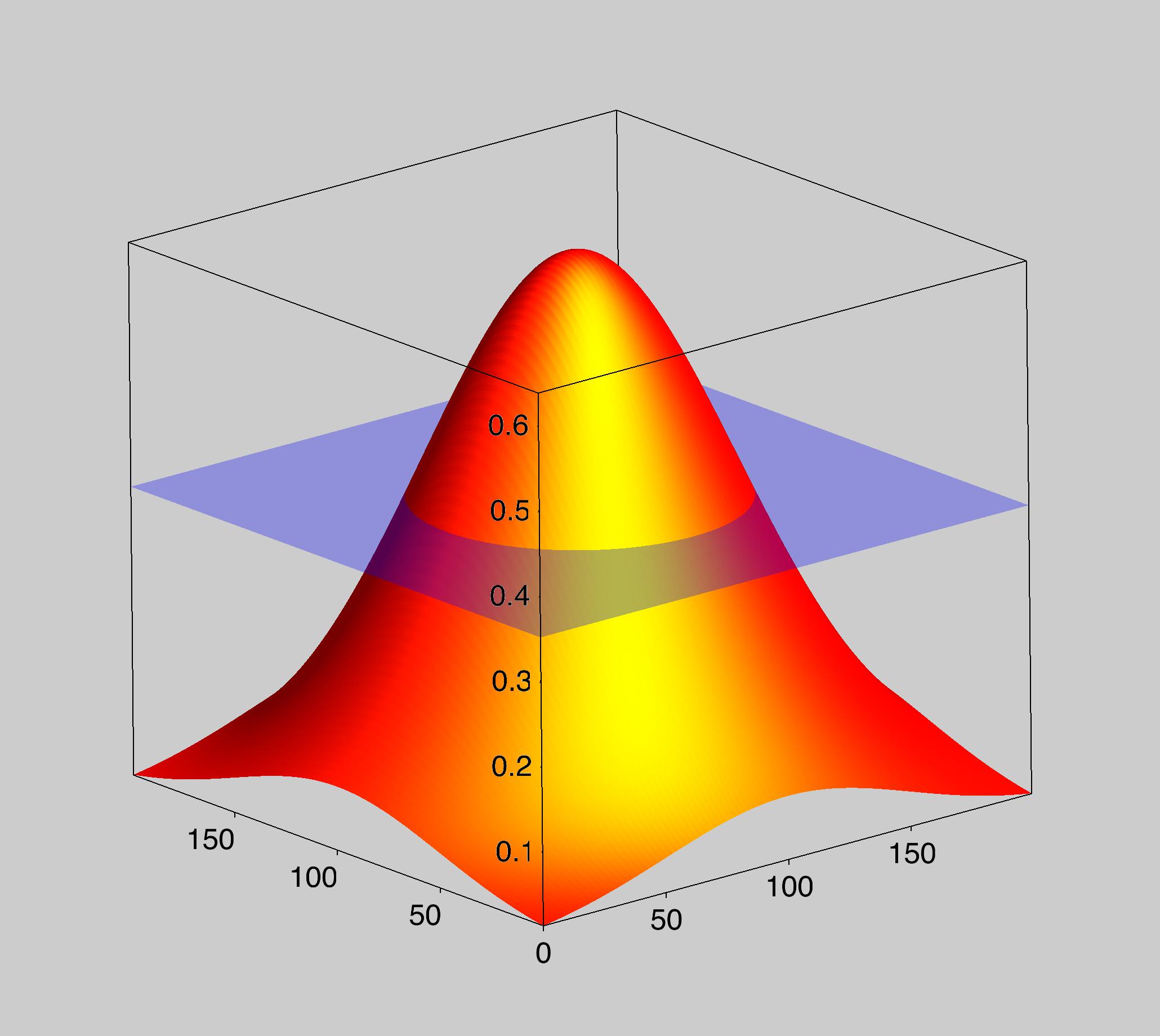 In this case the function f(x,y) is a Gaussian shaped surface. A secondary (transluscent) surface represents the plane 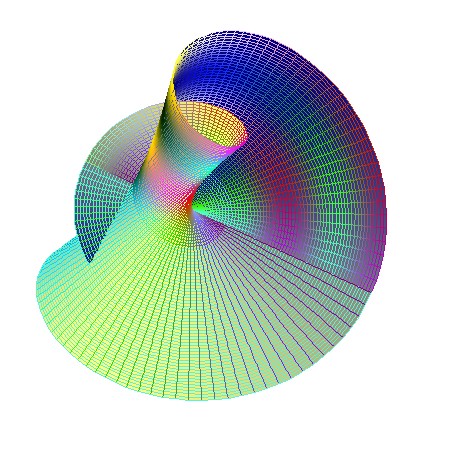 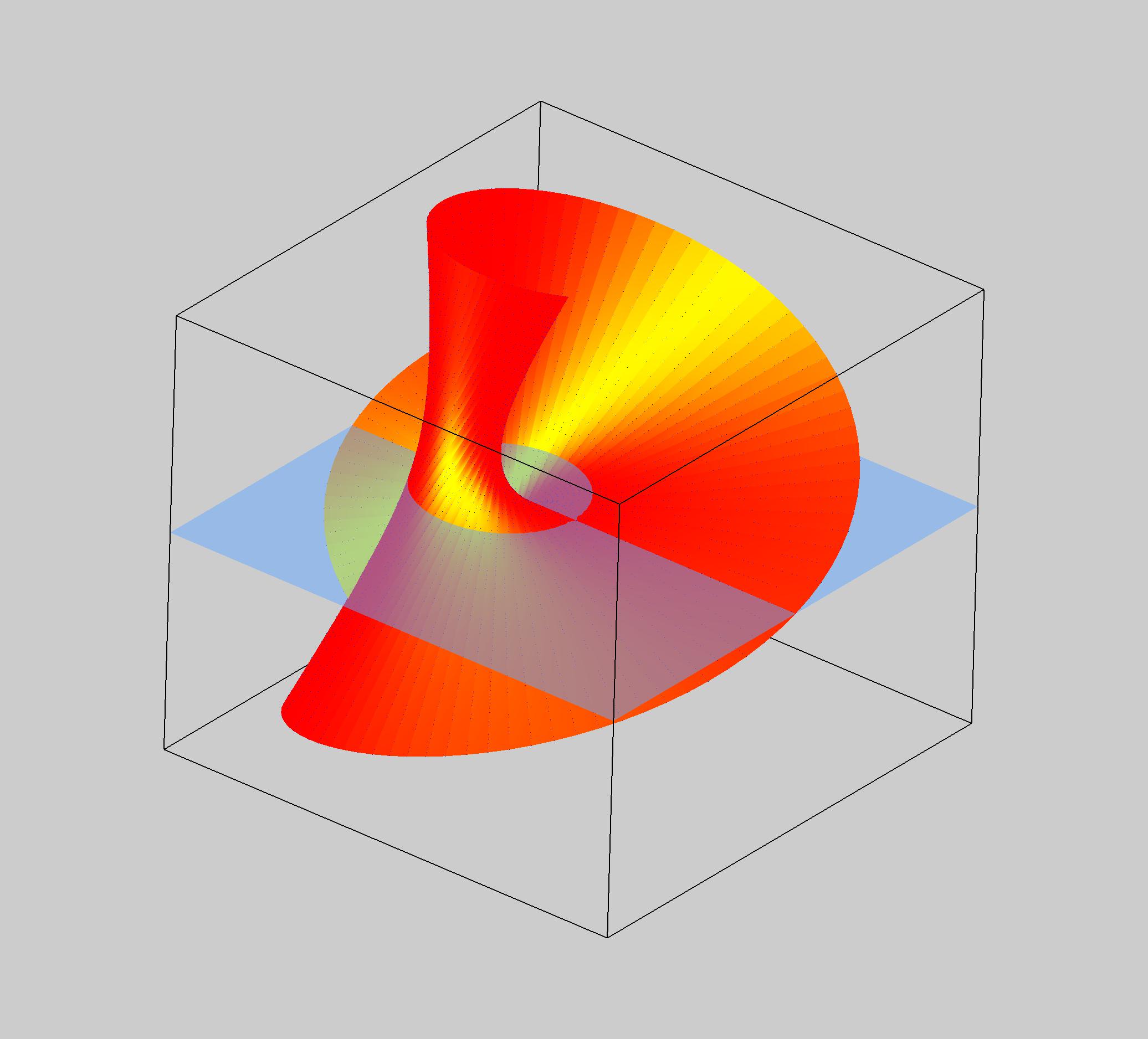