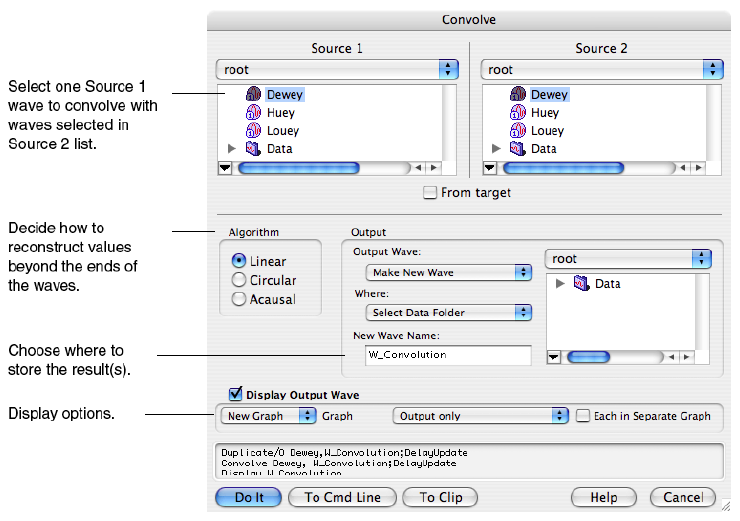 Convolve combines neighboring points before and after the point being convolved, and at the ends of the waves not enough neighboring points exist. This is a general problem in any convolution operation; the smoothing operations use the End Effect pop-up to determine what to do. The Convolve dialog presents three algorithms in the Algorithm group to deal with these missing points.

The Linear algorithm is similar to the Smooth operation´s Zero end effect method; zeros are substituted for the values of missing neighboring points.

The Circular algorithm is similar to the Wrap end effect method; this algorithm is appropriate for data which is assumed to endlessly repeat.

The acausal algorithm is a special case of Linear which eliminates the time delay that Linear introduces. 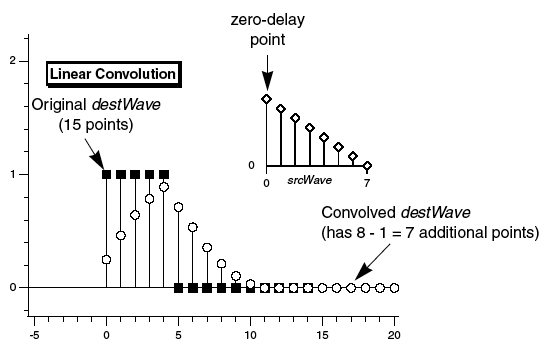 Use linear convolution when the source wave contains an impulse response (or filter coefficients) where the first point of srcWave corresponds to no delay (t = 0).

Use Circular convolution for the case where the data in the source wave and the destination waves are considered to endlessly repeat (or "wrap around" from the end back to the start), which means no zero padding is needed. 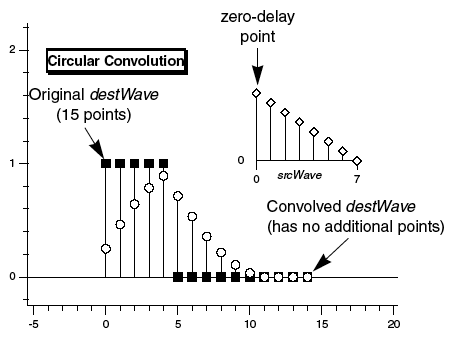 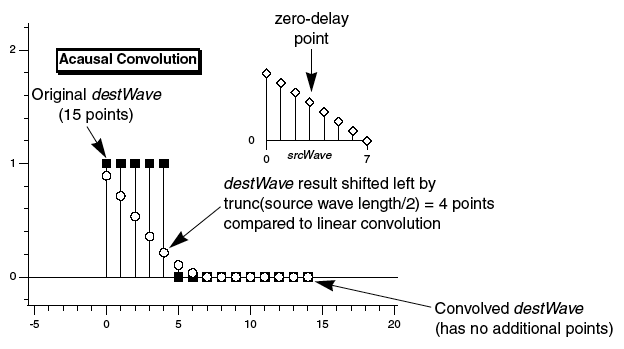 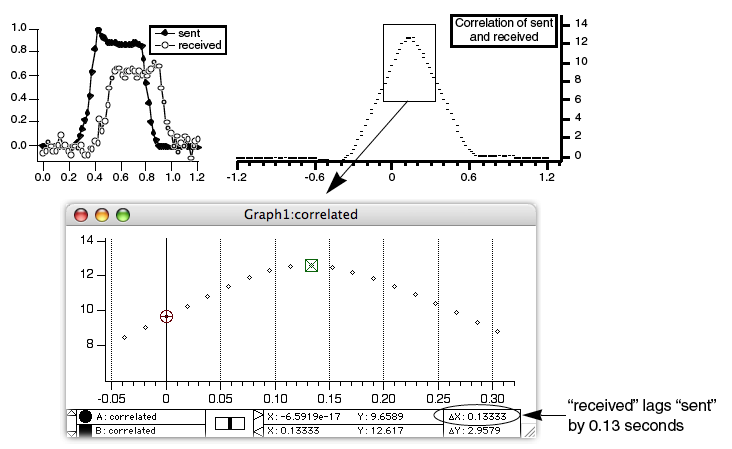 Igor implements correlation with the Correlate operation. The Correlate dialog in the Analysis menu works similarly to the Convolve dialog. The source wave may also be a destination wave, in which case afterward it will contain the "auto-correlation" of the wave. If the source and destination are different, this is called "cross-correlation".

The same considerations about combining differing types of source and destination waves applies to correlation as to convolution. Correlation must also deal with end effects, and these are dealt with by the circular and linear correlation algorithm selections.

You can compute a single correlation value (called Pearson´s r) for the correlation of two data sets using Igor´s StatsLinearCorrelationTest operation. Pearson´s linear correlation coefficient r is given by: