Igor Pro provides you with the ease and flexibility to import a wide variety of data file formats so you can concentrate on the important aspects of analyzing and displaying your data. The main data formats supported are:

For multimedia and sound analysis, you can import sound data encoded in the following formats:

You can not only create movies but can also extract individual frames.

You can also import data in Igor Pro's native file formats such as Igor Text and Igor Binary. You can easily view data stored in other Igor Pro experiments, using the Browse Experiment feature of the Data Browser, and import such data directly into your current experiment file. 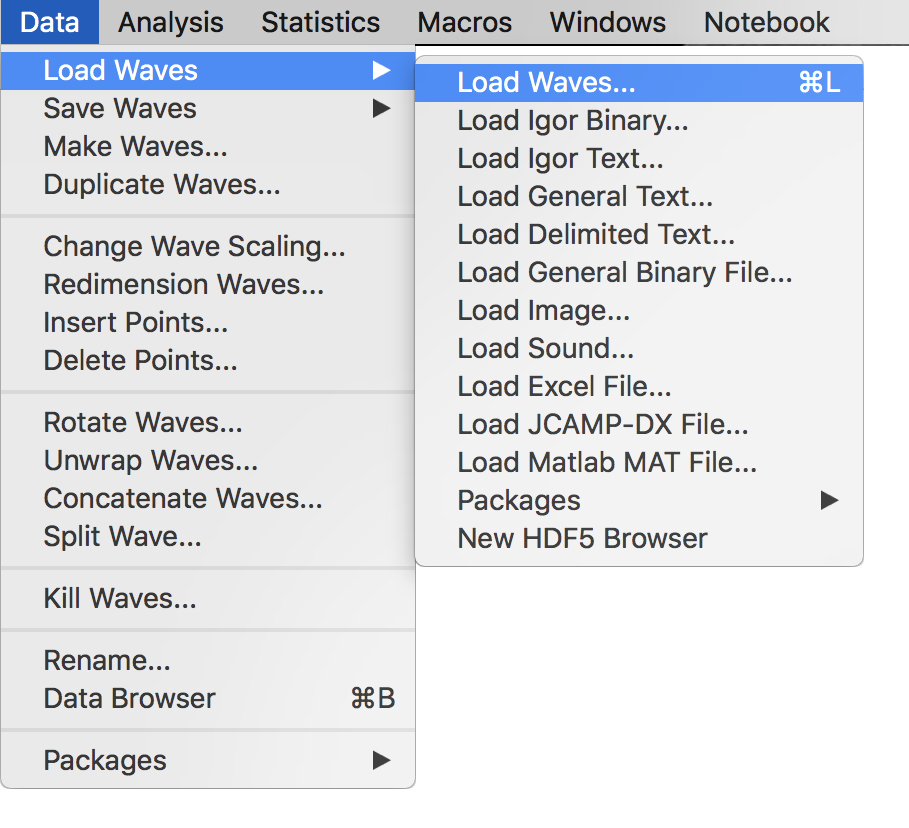 Igor Pro's file loaders are accessed via the Load Waves submenu, which includes all of the built-in file loaders and other data importation facilities added via Procedures or XOPs. 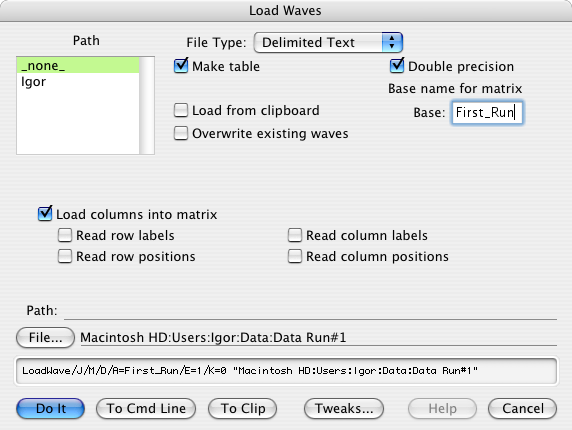 This dialog includes the Load Data Tweaks subdialog that you can use to specify any unusual aspects of the data you are importing. 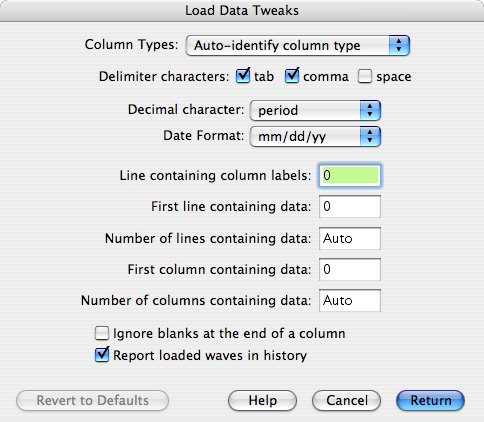 The Load Waves menu also includes shortcuts, such as the Load General Text and Load Delimited Text items, that you can use to access the respective file loading routines with default options.

If you need to go beyond the built-in file loaders and have a file format that Igor Pro cannot already import, then you have the flexibility of creating your own custom file loaders using Igor Pro's powerful built-in programming language or by creating an plug-in module using the optional XOP Toolkit.

If you have many data files to import into Igor Pro, you can save yourself much time and effort by creating your own procedures to completely automate the process. Igor Pro's manual and online help files include several detailed and fully-described programming examples to help you write your own data import procedures.