The test provides a measure that indicates the fit of the distribution of your data to some known distribution. To illustrate how it works we start by generating 1000 pseudo-random data points with a Gaussian distribution:

Although it is not necessary for the purpose of the test, we compute the cumulative distribution function for this data set using the following commands: 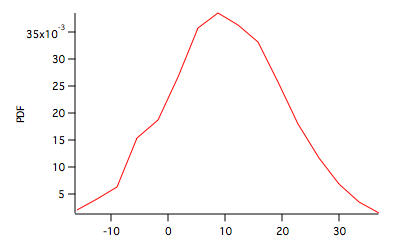 Here W_Hist is the PDF shown above and W_INT is the CDF shown below. 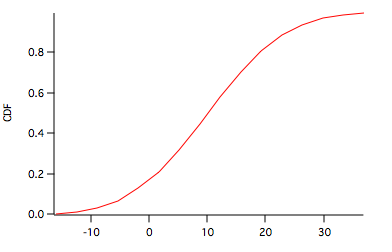 To compare this to a normal CDF we can use the built-in StatsNormalCDF in the following user function:

To run the KS test execute the command:

Note that the operation's input are the raw data and a user defined continuous distribution function. The results are shown in the Kolmogorov-Smirnov Test table:

Since the test statistic D is smaller than the critical value we can't reject the null hypothesis that the two distributions are the same. 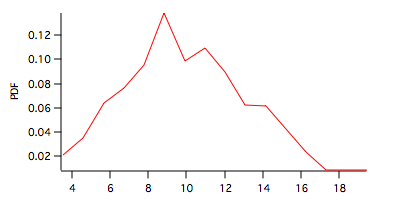 Here the PDF is shown in the graph above and the CDF below. 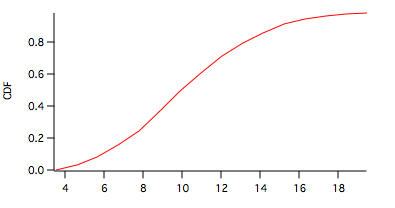 To test this data set against the same normal distribution as above you can execute the command:

In this case the test statistic D is clearly larger than the critical value and the hypothesis that data2 is taken from a normal distribution is rejected.