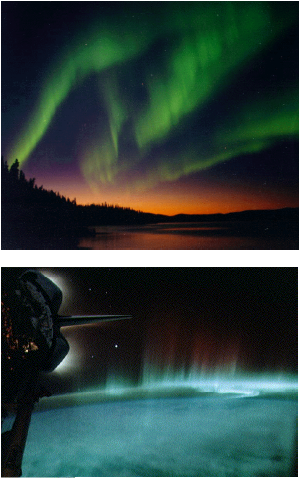 Besides the rainbow, another colorful natural phenomenon in the sky that fascinates us is the auroral display. Auroras are mostly seen in the night sky in the northern and southern polar regions, appearing in colors of blue, green, and red. They come in various forms, as very quiescent curtain-like shapes stretching from horizon to horizon, or as rays emanating apparently from an invisible point, or as spirals occupying the entire sky, or as dynamic flickering and randomly distributed patches mimicking uncoordinated fireworks. One can also see auroras from space, as exemplified by photographs of auroras observed from a space shuttle. Auroral displays signal the violent electromagnetic activity in space at high altitudes due to the disturbance of the Sun reaching the Earth's space environment.

Much like adverse atmospheric weather can wreak havoc with our homes and facilities, space disturbances can render space assets for communication, global weather monitoring, and navigation inoperative as well as pose hazards to astronauts and people on commercial polar flights. Even power grids on the ground can be affected by blackouts caused by these space disturbances. The NASA mission THEMIS, acronym for Time History of Events and Macroscale Interactions during Substorms, was launched on February 17, 2007 to investigate the cause of the space disturbances related to auroral activity with five satellites in space and a network of ground stations. The physical parameters measured in this mission are magnetic and electric fields in space, properties of charged particles in space, as well as auroral intensity and magnetic field from ground stations. 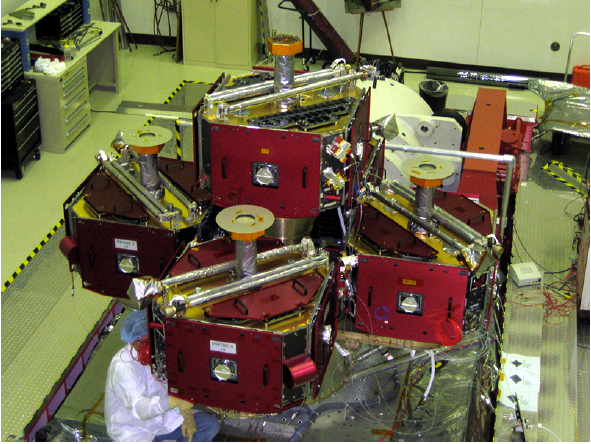 The role of Igor

For a comprehensive evaluation of physical processes responsible for the observed space disturbances, simultaneous measurements of a large number of physical parameters taken at multiple locations have to be compared and examined in detail. Igor allows many graphs for all these parameters to be displayed in a single experiment so that comparison between these parameters can readily be made with a suitably designed layout. This capability facilitates tremendously the extraction of useful information needed to reveal clues on the nature of the physical process involved.